“Why is your Alexa rank so much lower than mine, yet your traffic is not nearly as high?”

“Are you gaming Alexa ranking?”

One of my clients has consistently, for the last year and a half, received nearly 5000 page views a day.

Yet, no matter what, the Alexa ranking never improved beyond 300,000.

On the other hand, I know of other sites that get far less traffic than that per day and yet, they’ve got an Alexa ranking of less than 30,000.

Why is there such a disparity?

Some bloggers choose to get angry at the way Alexa works and have labeled it as an irrelevant tool.

“It sucks! Just ignore it!” they say.

Others, who have benefited from lower Alexa ranking, believe wholeheartedly that it’s the best thing ever and it proves that they’ve got the best blog ever.

Still, others, who are not as defeated or delusional, have chosen to educate themselves on how Alexa works.

How Does Alexa Ranking Work?

While Alexa is never going to reveal all of its secrets, if you know at least the basics of how it works, it’ll give you a greater understanding of why these disparities exist.

“The traffic rank is based on three months of aggregated historical traffic data from millions of Alexa Toolbar users and data obtained from other, diverse traffic data sources, and is a combined measure of page views and users (reach).

As a first step, Alexa computes the reach and number of page views for all sites on the Web on a daily basis.

The main Alexa traffic rank is based on a value derived from these two quantities averaged over time (so that the rank of a site reflects both the number of users who visit that site as well as the number of pages on the site viewed by those users).”

But then we also see on another one of Alexa’s pages:

“Alexa could not exist without the participation of the Alexa Toolbar community.

Each member of the community, in addition to getting a useful tool, is giving back.

Simply by using the toolbar each member contributes valuable information about the web, how it is used, what is important and what is not.

This information is returned to the community as Related Links, Traffic Rankings and more.

Want to help? Install the Alexa Toolbar, and tell your friends.

The more people use Alexa, the more useful it will be.”

Yes, this means that Alexa bases some, but not all, of its ranking system on its toolbar usage.

Obviously, most average people visiting sites on the internet are not using Alexa toolbar.

So lowering your Alexa rank is not as simple as getting more traffic.

You still need to get more traffic, but essentially, you need more traffic from readers who have the Alexa toolbar.

My client with the 5000 page views a day blogs about entertainment and media – their audience probably consists of teens and young adults who could care less about a toolbar.

Yes, the system is imperfect, but does this mean Alexa ranking is not all that important?

Why Bother with Alexa Rankings?

It’s still important to strive to improve your Alexa rank and here are some reasons why:

I haven’t found any hardcore evidence that says that Google uses some of Alexa ranking stats to judge a site’s popularity – in fact, they are unrelated companies.

With that said, much of the same work that goes into improving your Alexa rank also contributes to getting more traffic and improving other site rankings such as Google Pagerank.

Advertisers and potential clients look at Alexa ranking numbers when making decisions about whether or not to invest their resources with you.

They don’t care if the numbers are imperfect.

While Alexa doesn’t directly measure or analyze content, a site that frequently posts quality content will most likely have a better ranking because they’ve provided more opportunities for people to return to their site.

In other words, these sites tend to bring in more traffic.

So it’s definitely worth striving for a decent ranking.

It makes it easier to demonstrate your competence as a blogger.

How to Improve Your Alexa Rank 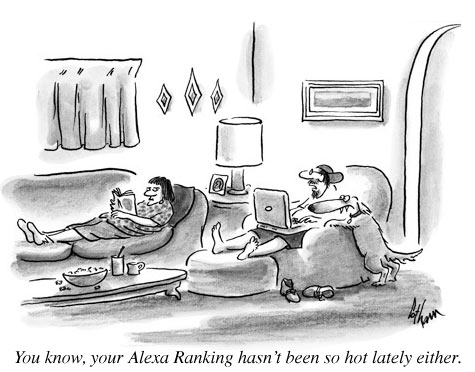 But, what if you have high traffic, but poor Alexa ranking?

What can you do?

After struggling to monetize their site traffic, here’s what my client did:

What can you do to ensure your new site ranks well?

To get you started, I would also suggest doing the following:

You’ll probably need to provide an incentive for the last two items.

After all, who really takes the time to do this unless they want to complain about something?

So, organize a giveaway on Rafflecopter or hold your own random drawing for a free gift or Paypal funds. 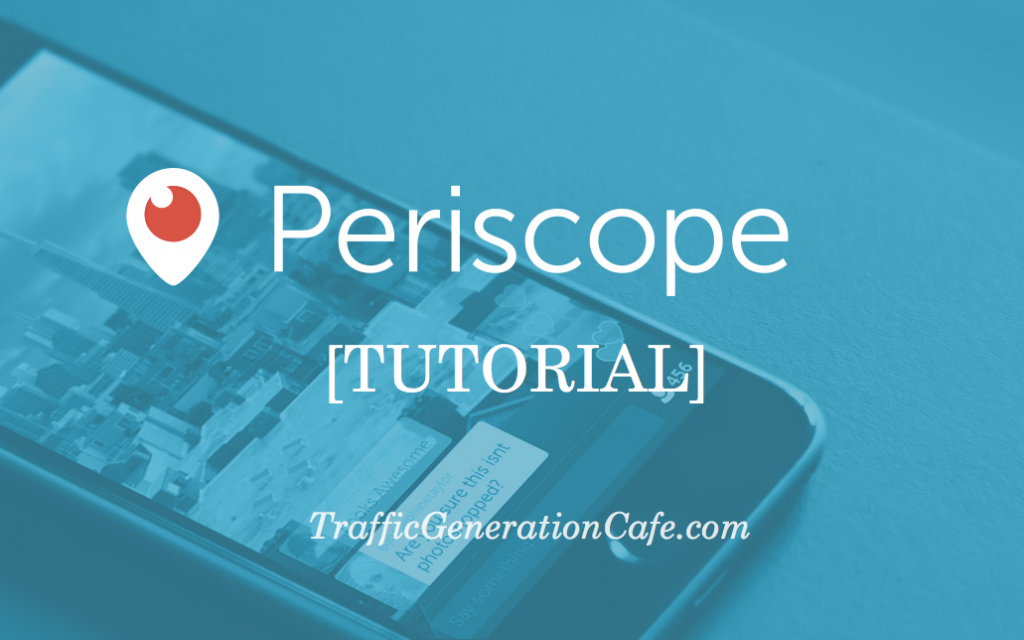 Periscope Tutorial: How to [and Why] Use Twitter’s Periscope on iOS